The Psychological Impact of Paint Color in Office Design 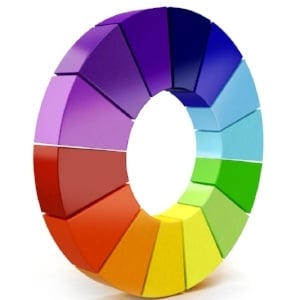 Blue is often viewed as calming and soothing. It is also a color that many people associate with trustworthiness and intelligence (which is why many attorneys and public relations consultants advise their clients to weak blue blouses, suits or ties when they want to cast a trustworthy image!).

Because of its intrinsic association with nature, green can be associated with feelings of calmness, serenity, harmony and balance. One of the reasons for this is that the eye does not need to adjust to perceive green (as it must do with other colors such as red and yellow), since it is in the center of the color spectrum.

Many people associate red with energy, authority and power, which is why it very prevalent in packaging, branding, logos, and so on (especially on national flags and sports jerseys).

However, red is not typically a popular office design color. The reason or reasons for this are still being speculated upon, but some experts feel that the attention-grabbing nature of red inhibits analytical thinking since many people are culturally conditioned to pay attention (rather than think and reflect) when they engage things in red. For example, teachers traditionally mark wrong answers with a “Red X,” fire hydrants, stop signs and stop lights are all red, and so on.

The debate on whether black is truly a color rages on. Technically, it is the absorption of all colors on the spectrum (i.e. no colors are reflected back to the eye).

Traditionally, black has been associated with style, elegance, mystery, and it is widely used in the entertainment and hospital industry (e.g. bars, clubs, etc.). However, it is not typically used as a wall color in office designs, because it can trigger feelings of loneliness and isolation, and even misery and depression.

What’s more, because of the color-grabbing nature of black, it can be difficult to see in poorly-lit rooms and areas. While this is an advantage in movie theaters, it is not in boardrooms and offices!

While black absorbs all colors, white does the exact opposite: it reflects all colors. Ironically, this is not such a good thing. Prolonged exposure to pure white walls can cause eyestrain, since the full force of the spectrum is directed into the eyes.

Despite this however, white is widely chosen for in office design palettes because it conveys a clean, crisp look. It also creates the perception that space is larger, which can be an advantage in smaller offices. And it rarely clashes with furniture colors, although some experts feel that it does not mix well with warm colors (red, orange and yellow).

Orange is an attention-getting, lively and energizing color, and that is why it is widely used in branding and logos, such as by the Home Depot. However, on a day-to-day basis it does not typically make the best office design wall color; especially if there is an abundance of black in the environment (can anyone say “trick or treat?”)

Much like orange, yellow is another warm color that is better used in splashes than as wall paint – simply because it is on the intense end of the spectrum, and can trigger eyestrain. It can also foster a look and feel that lacks seriousness or hard work – which, on the other hand, is precisely why it is often used for day care centers, hospital waiting rooms, and so on that want to inspire a more upbeat, pleasant and carefree feeling.

To learn more about choosing the right color scheme for your office design – which is one that looks appealing, and also triggers the right psychological responses among your workforce and customers or client — contact the Key Interiors team today. Your consultation with us is free.

For more information on signs that your office needs a renovation now instead of later, download our FREE eBook:

Stay ahead of the design game, right from your inbox.